Red Deer Public Library was one of the first four libraries to be established under the Libraries Act of Alberta.  On September 1, 1914, the Library was created. Its first home was in the Board of Trade/Firehall Building, pictured below: 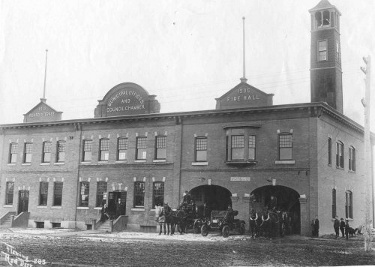 Red Deer Public Library's first librarian, Ina Greene, was hired in 1914 at the age of 17. She moved with her family to Medicine Hat in August 1916 after her father was appointed a District Court Judge. Ina worked in law offices in Medicine Hat before spending several years working in Montreal and Toronto. She took art classes from Arthur Lismer, a member of the Group of Seven, and received a painting from him before returning to the West in 1930. Ina married Patrick Scanlan and the couple homesteaded for about 10 years in the Winding Trail School District, about 12 miles from Athabasca. After returning south in 1931 (1941?), and following a short training session on librarianship in Calgary, she eventually became Medicine Hat's first Children's Librarian, a position she held for 12 years until her retirement in 1960. During the 1950's, she read stories on CHAT radio every week. Her live Story Time readings were so popular they outgrew the library and had to be held at the Monarch Theatre before the Saturday matinee. On her retirement from the library, she was honored with the establishment of a scholarship in her name to be awarded to a Medicine Hat resident wanting to study library science anywhere in Canada. 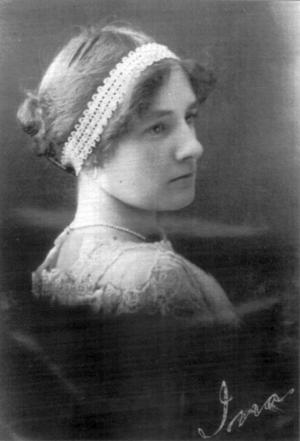 The Library had a number of other homes in the first half of the century, including one in City Hall next to the Jail Cell.  Some Red Deer old-timers can remember the purpose-built library on the North Side of Ross Street, where the Parsons Clinic is today.  Here's a picture from 1953:

A new Library became an election issue in the mid-1960s, and after some controversy and a successful plebicite, a new one-story library was built to celebrate Canada's Centennial in 1967.  That's the main floor of the adult portion of today's Downtown Branch.   This new facility was made possible thanks to generosity and vision of long-time trustee Charlie Snell and his wife, Librarian Mabel Snell.  The Snells made a significant financial contribution.  Their contribution was recognized in the naming of the Snell Auditorium, the Library's main community program room.  [picture below: checking out a book in the Centennial Library, 1970]. A second storey was added to the building in 1979, thanks in part to a contribution from the Bower Family.

Meanwhile, on the north side of the Red Deer River, a new branch of Red Deer Public Library was being built in the new GH Dawe Community Centre.  The new Dawe Branch is named for one of Red Deer's great contributors to libraries and public life in our community: Harold Dawe.  In 1980 the new facility provided public library service to North Red Deer, and school library service to the public and Catholic elementary-junior-high schools in the Centre. 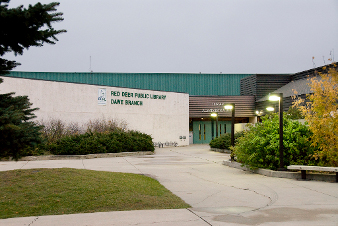 In 1993, planning began for a major expansion and renovation of the Downtown Branch.  After 18 months of fund-raising programming in The Firehall Fun Factory, the Children's Library in the basement of the Centennial Library building moved next door into Firehall #1 (which was originally the Armoury, built in 1914).  The new Piper Creek Optimist Children's Library was the focus of the expansion, built with $2.6 million raised by the Literacy & Legacy Capital Campaign.  The new Kinsmen Link connected the new Children's Library with renovated Adult spaces, the new Snell Auditorium, and the Library's Technical Services (back-office) areas.

A few renovations later, the 2007 Downtown Branch is one of the finest public library facilities in Canada.  It has some special spaces: the Kinsmen Link, a gathering place for the whole community; the Kiwanis Gallery, a space for community art displays; Café Noir, one of the first full-service coffee shops in a Canadian Public Library;  and many more. 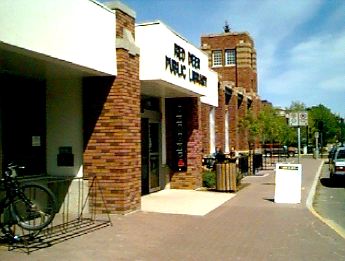 In late 2008, construction began on a major renovation at the Dawe Branch. The completion of the project in 2010 resulted in the addition of self-checkout RFID technology, as well as expanded programming space, a community gathering area with The Friends of the Library fireplace, and a beautiful new children's space, thanks to a generous donation from The Optimist Club of Red Deer. 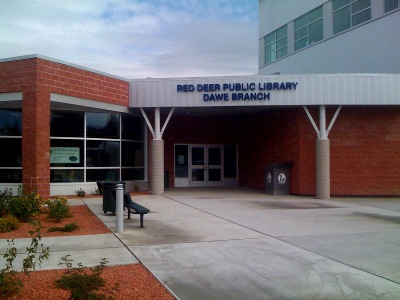 The newest branch of Red Deer Public Library, the Timberlands Branch, opened in September 2014. The branch was built in partnership with Red Deer Public Schools as part of the new Timberlands school and serves as a combination school and public library much in the same vein as the Dawe Library operates in conjunction with St. Patrick’s Community School. 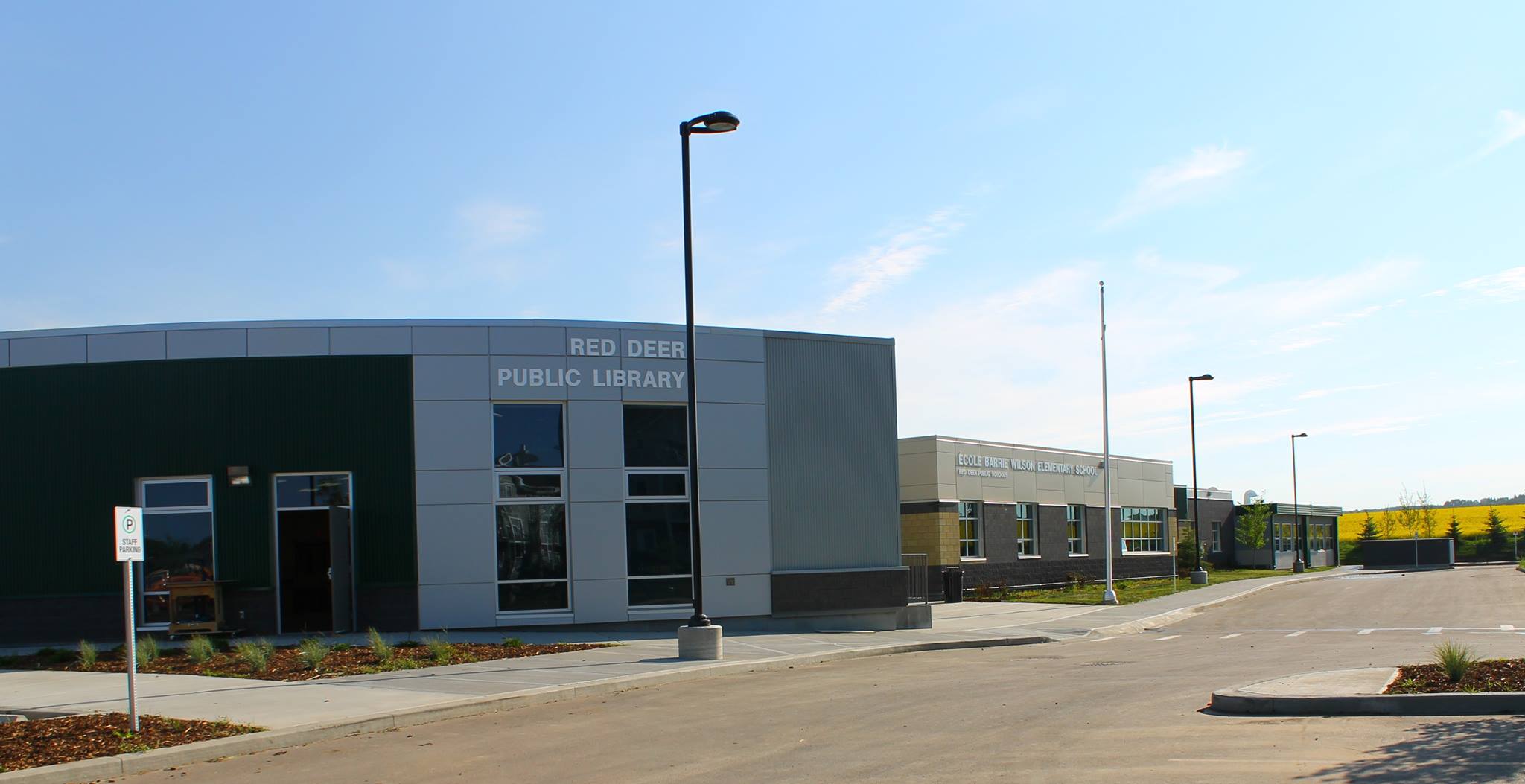